The OpenVR CHOP receives positional data from the OpenVR SDK. Each CHOP can output in one of 3 modes: 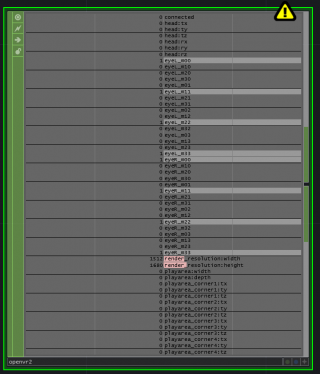 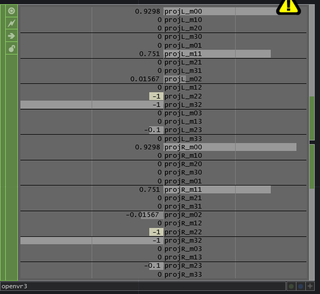 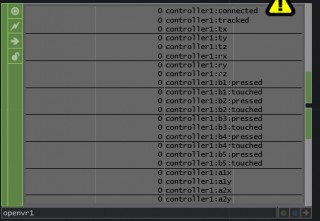 Max Buttons maxbuttons - The maximum number of buttons whose channels should be output for each controller.

Max Analogs maxanalogs - The maximum number of analog inputs (sliders, trackpads, joysticks) whose channels should be output for each controller.