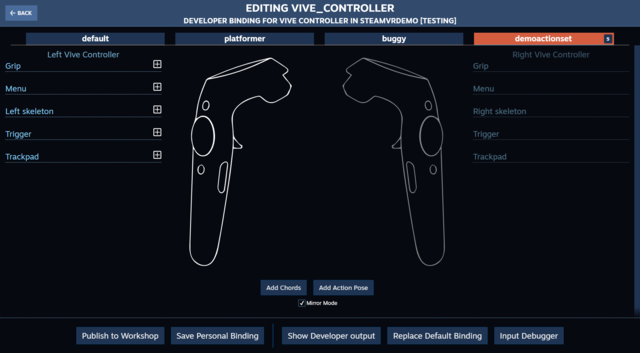 These are available actions for both left and right controllers, with an explanation of their default mapping on HTC Vive Controller: